Today in GenerationArt we are introducing one of the new stars of the Bulgarian drag scene - the exotic princess Viá T. Nam. With her glamorous looks and exquisite beauty, Viá is born to win hearts and be the centre of attention. We asked her for an interview and here's what she shared with us.

Viá Nam is an image created with a lot of hard work and effort, created solely with my two hands. Viá is easily recognizable precisely because of her Asian features, which I try to emphasize as much as possible, be it with makeup or clothes. Viá is one of the new faces in Bulgarian drag circles, but I boldly say that the image is developing at a scary speed, which scares me at times, but I am very happy that people see the efforts I am making. Of course, as a new artist, I haven't had the chance to introduce Via to our general public yet, and as we know, the drag scene in Bulgaria is too small. I hope to have the opportunity to convey everything I have to say to the public soon. Believe me, it's an awful lot.

How was the idea of Viá born?

Viá Nam was born quite jokingly, I would say. I got out wearing drag a few days before my 20th birthday, and from day one I knew I wanted to do drag in the future. This hobby of mine, and hopefully a job in the future, has shown me that my imagination can reach levels I never even suspected. I've always had an interest in fashion and maybe that was the thing that grabbed my attention in the beginning.

Tell us more about the person behind Viá.

Behind the image of Viá lies a very different boy. The rest of the time I'm a 20-year-old boy named Philip. A boy with the most ordinary life, the most ordinary job, the most ordinary social circle. Unfortunately or not, with a not so ordinary appearance. I'm half Asian, with a rather 'charming' style, which automatically makes me an attraction wherever I go.

Anything can inspire me. Other artist inspire me or it could be the most ordinary person. It could be an emotion, it could be a movie, it could even be a phrase. I look for the beauty in everything, as we all should, and I think I'm doing a good job of interpreting it so far.

What are your plans for the future? What should we expect from Viá?

My plans for the future are very big. I would be very happy and I will really do my best to be one of the people who will start a new era in drag art in Bulgaria. We have scary good examples on the Bulgarian scene. Endlessly talented artists, but I think it's time to upgrade and I know we can. 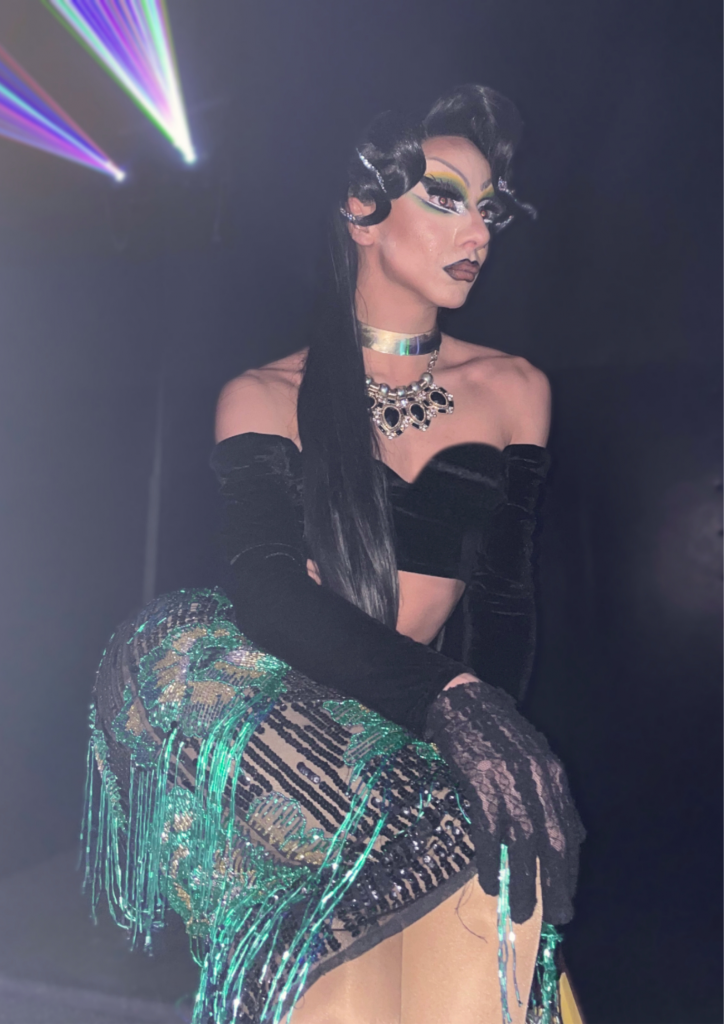 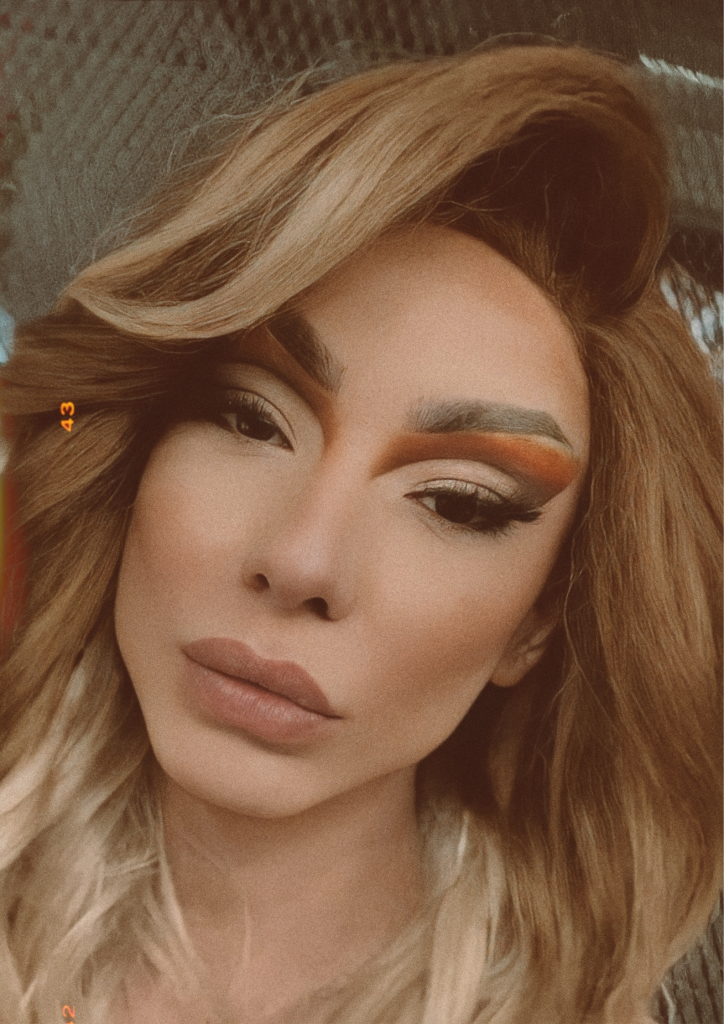 Viá T. Nam is the thirty-fifth participant chosen to be featured in GenerationArt - a space where you can express yourself and show your art. If you would like to participate, the call is open to people from all over the country, with no deadline - write to us via with a short description of the genre you work in and what your message is through the art you make. Regardless of your direction, genre or form, we can't wait for you to share your work with our audience!

Since November 2019, GenerationArt is part of the three-year project "Empowering young LGBTI people through access to services, motivation and focused policy change", which is implemented with financial support provided by Iceland, Liechtenstein and Norway under the EEA Financial Mechanism. The main objective of the project is to support and empower young LGBTI people and professionals working with them.

The sole responsibility for the content of this section lies with the Single Step Foundation and under no circumstances can it be assumed that it reflects the official opinion of the EEA Financial Mechanism and the Operator of the Active Citizens Fund Bulgaria. 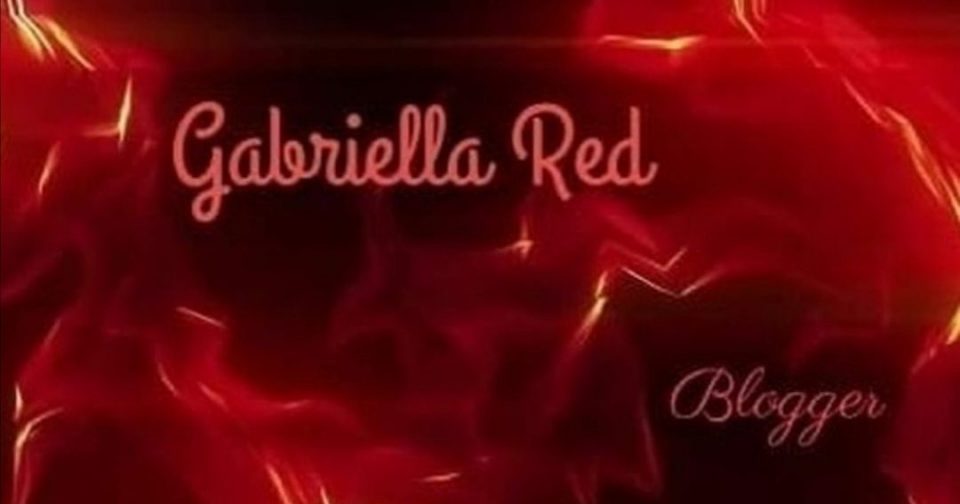 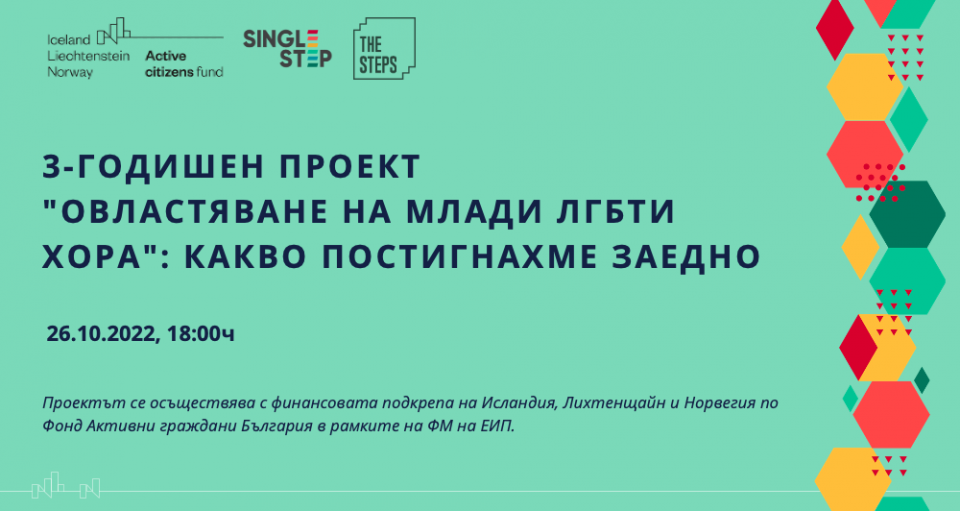