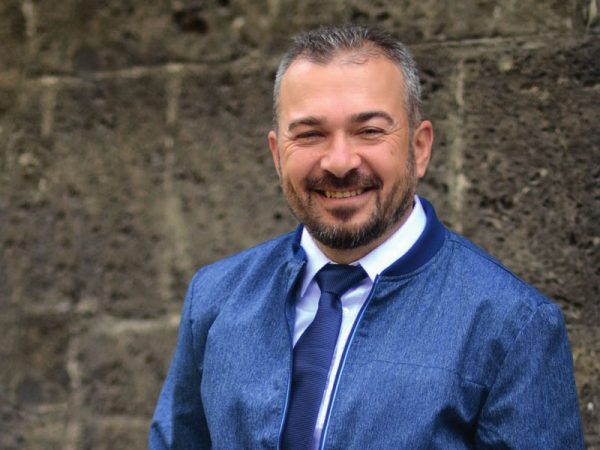 Member of the Executive Board

Victor Lilov has a degree in Arab studies and is professionally engaged in the cultural sector in his role of a music producer. He has specialized at the International Academy for Leadership in Gummersbach, at the University of National and World Economy in Sofia, and at Maison des Cultures du Monde in Paris.

The label “Mesechina Music” supports musicians with diverse ethnic origins. Victor himself has been fighting racism and xenophobia for years. “Black Flamingo Publishing”, which he co-founded, has published a series of titles, related to racism, xenophobia, antisemitism, and homophobia. In recent years he became recognized with his public and political activities; he was a member of the Civic Council of the Reformist Bloc (“RB”) from the civic quota and a candidate for the European Parliament from RB, but he left the bloc due to his disapproval of its joining the ruling coalition.

Victor became a member of the Supervisory Council of the party DEOS after its founding and quickly became one of its well-known faces. He became known for his liberal political views as well as for the fact that in 2015 he became the first openly gay politician, who was a candidate for an elected office, mayor of Sofia, as his candidacy was nominated by DEOS.

In 2014 Victor Lilov, along with Vladimir Todorov, was awarded the newly established “LGBT role-model person” award. In 2015, because of his courage to face public prejudices openly, he was nominated for the “Person of the Year” award for his role as a civil activist and politician.